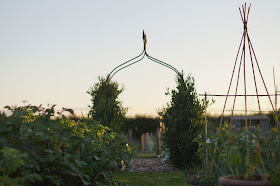 The allotment has taken a pole position role in our lives as usual this spring; if it doesn't there's almost no point wasting time on it as the uphill heave really won't be worth the effort. I clock the number of man hours it sees each week at being a minimum of 10 and peaking at 18 or even 20. For anyone considering getting into allotment life my advice would be start small and expand if you feel you have the time! We chug along nicely as there are two of us, plenty of space and different areas but allotments with only one pair of hands can easily run away with their wildness.

My main job is weeding for the majority of spring and into summer. Of course planting when needed and harvesting too but there is always weeding needed without question. I would boldly claim that this is our most tidy looking year on the plot to date, helped not least by my insistence at the plot layout plan, the arrival of the shed and a more considered approach to how much we grow.

Harvests have started already. Rhubarb and asparagus have nearly finished, new potatoes are proving to be tasty plus the very first courgette. After the very hot then cool spell our onions bolted and had to be pulled up to stop them ruining further. They should be ok if we don't keep them hanging around too long (easier said than done with this lot but I think chopping up and freezing bags of it should be a good solution. In haste C planted another lot of onion sets so we're likely to have a bumper lot this year. Ooops. The garlic bulbs are drying in the greenhouse and look like the best batch yet. 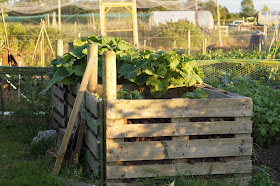 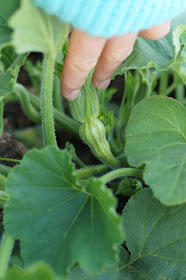 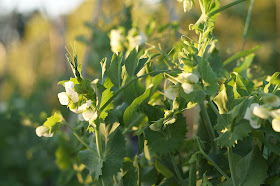 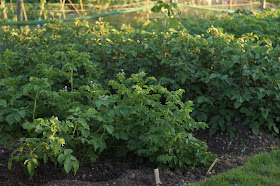 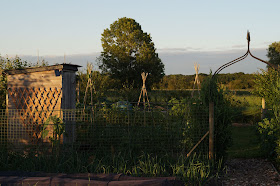 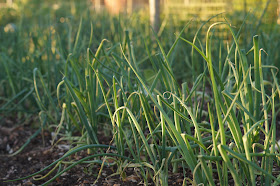 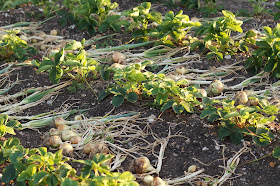 The newly planted strawberries are establishing themselves neatly; I chopped off both runners and flowers alike in favour of letting the plants grow bushy. Next year we shall have fruit.

Broad beans are in flower but the wind (again) bashed them up so they're all flopped about, hopefully no serious damage.

Potato foliage has grown tall this year but as for the spuds themselves, time will tell.

Squashes - all look to be establishing with little flower buds appearing.

Brassica patches (summer and winter) have expanding with the addition of gifted plants. It's so sweet but at our allotments people leave out what they don't need so others can use them. We gave away our excesses and took some cabbages and cauliflowers. So far so good.

The carrots, parsnips, swedes are coming up in neat rows and have been thinned. The first beetroot has been eaten too, though tiny!

Leeks are looking like little wisps as they tend to for months before eventually becoming sturdy beings. We only grow winter leeks as the summer variety aren't worth the bother.

Sweetcorn are in and establishing. Still ages off flowering. 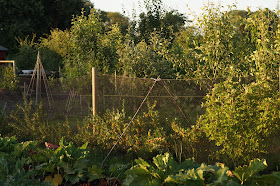 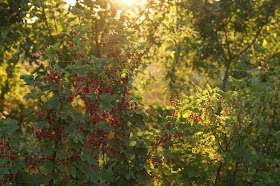 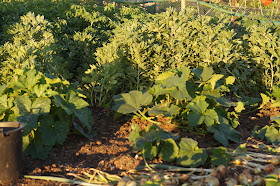 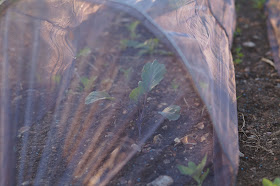 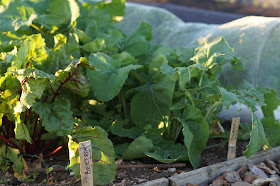 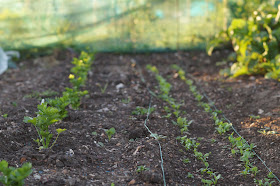 Beans! Runner, climbing, then sugar snap peas are all in and climbing. This year C has planted out the excess tomatoes and cucumelon. I'm not optimistic.

The fruit trees had stacks of fruit on but many have dropped so the jury's out on whether anything will make it to the ripening stage! Fruit bushes have been bulging with fruit, especially the currant bushes and gooseberries. C has made a couple of things with the redcurrants already (picking them take FOREVERRRRR it's so slow) and the blackcurrants are about to ripen and he enjoys jam for those, though I don't.

The plot itself is ageing well with more stone added to the paths all the time. The rear hedge is thickening nicely with our extra additions popped in last year. C tinkers with things all the time to keep the infrastructure in good order but the main news is that he caught a mole on the plot. And another and another and another and a total of about 17 in the last 3 or 4 weeks. They really are taking the biscuit! No sooner has one family been removed but another must claim that patch and set up camp. These are all out of the same hole! The damage caused over the last year has been awful with so many roots ripped out and holes appearing, so goodness knows how bad it would have been without C thinning the numbers so to speak. Just ridiculous!

The greenhouse has seen a final clear out and set up for the summer; 2 tomatoes, 2 cucumbers in grow bags, two cucamelons and an aubergine. Sweet and chilli peppers in pots. Just a couple of trays of pansies and honesty growing with the tulips and garlic drying out. The garden has been stocked up with annuals to almost bursting point.

What else? The flowers. Ah, that's for another time.